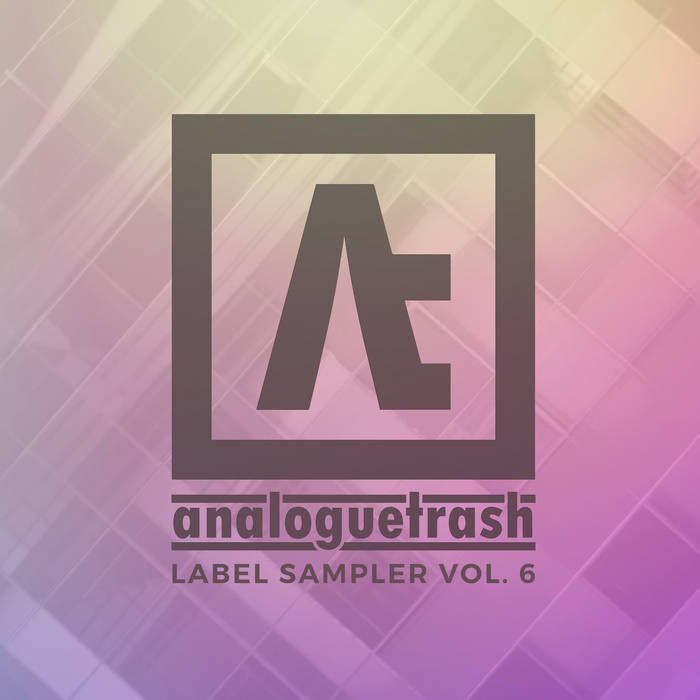 Deany Sevigny There’s just so much great music coming out of AnalogueTrash. Love the diversity of the artists on their roster so much, and the passion and love behind everything they do is so genuine and infectious!

Cammy McNeish There’s enough music on here to keep me going for a month! Eclectic yet it has a common thread through it. Love it!

December 2022 sees the release of the sixth edition of the AnalogueTrash Label Sampler series. This mammoth 25-track compilation features new and exclusive material, rarities, remixes, and back catalogue selections from the majority of the label’s active artists, spanning genres such as post-punk, electronica, ambient, alternative pop, indie rock and spoken word.

Label co-owner Mark Buckley expands on what the sampler means to the label:

“A lot has changed in the two years since the last edition of AnalogueTrash sampler series. Another 60-plus more releases under our belts, plus signing acts from France, Italy, Canada, and the UK, leaving us with around two dozen active artists on the roster.

“The biggest change for the label was swapping the city lights of Manchester for the wonderfully creative and community-focused town of Todmorden in West Yorkshire. While Covid and the general state of the UK in 2022 have no doubt impacted on the label in terms of its growth and ability to maintain a live presence, every time we got knocked down, we continued to get right back up again.

“It's a sign of the strength of the label and the sheer creative force of the AnalogueTrash family that we’ve assembled so many new tracks, remixes, and hidden gems for Volume 6. At the heart of the album is the inclusivity, diversity, and focus on music with a conscience that underpins everything we do; and that drive to release great, forward-thinking music and to champion it as a promoter remains as important as ever.”

The AnalogueTrash: Label Sampler Vol. 6 sits comfortably alongside the previous five editions in terms of the DIY attitude, flair for experimentation, and adoption of an outsider viewpoint that has been apparent since the very first sampler released way back in 2014.

Plus, in keeping with previous samplers, all royalties from streams and sales will be donated to Manchester’s Refugee Action to help this fantastic charity continue to support and campaign for the rights of refugees, asylum seekers and migrants across the UK.

Acts such as ATOMZERO, Factory Acts, Vain Machine, Vieon, St Lucifer, DEF NEON, Le Fomo, Neonsol, Murderers, IIOIOIOII, Paragon Cause, VATSWAV, Spray, STOCKSNSKINS, The Cowls, Dreams Divide, Monitors, Spirits in the Pillar, and The Frixion will be familiar to those who have followed the label’s progress for a while.

Flange Circus, Circuit3, Kat Bryan, and The Gold Supply are also present and correct, making their first appearances on the sampler series.

But it doesn’t end there, with the more eagle-eyed among you no doubt spotting our most recent signings marking their first official releases as label artists: a big welcome to DeathBoy, Sandi Glowe, and Debris Discs.

2023 is going to be a great year for the label and we are proud to have all these artists joining us on this journey.

The AnalogueTrash: Label Sampler Vol. 6 is a window into the staggering creative output of the ever evolving and ever growing AnalogueTrash record label, demonstrating that this collective of artists is as committed to championing fantastic underground music as ever before.

All tracks produced and owned by their respective artists
Artwork by Jack of Arts
Additional audio wrangling by Bon at High Peak Recordings (www.highpeakrecordings.com)

Huge love to everyone who has ever supported us. You remain the reason we do this.